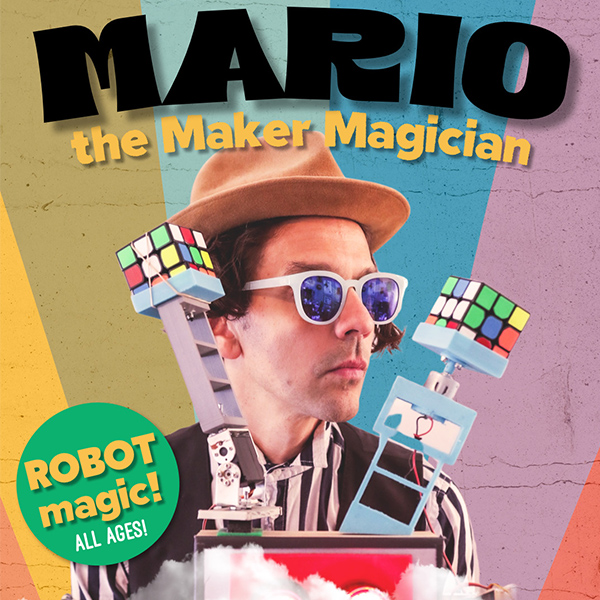 “the best kids magician in the world!!”
-David Blaine

It’s magic through the lens of the Maker Movement! Touring performer Mario the Maker Magician brings you an all-ages theatre experience full of original MAGIC, handmade ROBOTS, and modern SLAPSTICK. Fast-paced, interactive, and hilarious… he’s “magic’s punk rock Peter Pan philosopher.” Mario has appeared on Sesame Street, Universal Kids, and even live on tour with David Blaine, who calls him “the best kids magician in the world!!”

John G. Ullman & Associates Foundation, Inc. 2022-23 Family Connex Series
The carefully-curated programs in the Family Connex Series will help connect families to the Clemens Center by attending together, and promote family conversation, critical thinking, and the simple enjoyment of the live performing arts.