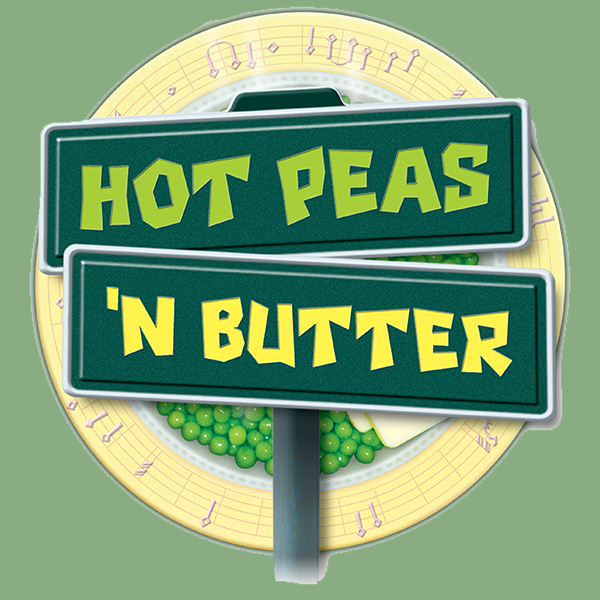 Get ready to sing, dance and go around the world, on the…Hot Peas ‘n Butter “Back to the Land Tour”!!

Hot Peas ‘n Butter is an award-winning, family music band that wows thousands of young audiences across the nation every year with their highly energetic and interactive roots music. With eight award-winning albums and numerous music videos (some of which have been featured on Nick Jr. and Nickelodeon TV), Hot Peas ‘n Butter makes new friends everywhere they go.

Named for the playground game they played as kids, Hot Peas ‘n Butter incorporates many languages into their performances – English, Spanish, French, Korean and Hebrew just to name a few.

Lauded for their “hot and mellow multicultural groove” by the Los Angeles Times, Hot Peas ‘n Butter mixes a tasty combination of traditional Latin music, Afro-Caribbean rhythms, jazz, bluegrass, country, and rock, bringing fans of all ages to their feet. Indeed, “This serving is the kind that will please musical appetites” (New York Times); and “Their music is a rainbow of color and sound” (NY 1 TV).

Adding to the success of their Parents’ Choice Award-winning catalog of albums, the band’s latest release, “Back to the Land”, features special guests, Laurie Berkner , Dan Zanes, and Peter Yarrow (Peter, Paul and Mary), plus so many amazing people (including kids!) who participated in the making of this album. This rootsy new album celebrates our connections to one another as a society, as well as our connection to our planet and its health.

The band continues to grow their relationships with St. Jude Children’s Research Hospital, by creating bicycle safety songs and videos (including the hit “Different Spokes for Different Folks”) for the St. Jude Trike-a-thon.

“Even if your kids don’t like peas, there’s no way they can resist Hot Peas ‘n Butter!”  — Charlotte Bohn, Baltimore’s Child Magazine

By combining an interactive, invigorating approach to performance with mature, multicultural music, Hot Peas ‘n Butter has developed a distinct way of inspiring care and creativity in kids and adults alike!

John G. Ullman & Associates Foundation, Inc. 2022-23 Family Connex Series
The carefully-curated programs in the Family Connex Series will help connect families to the Clemens Center by attending together, and promote family conversation, critical thinking, and the simple enjoyment of the live performing arts.

Check out the other show in our 2022-23 Family Connex Series, The Gruffalo.