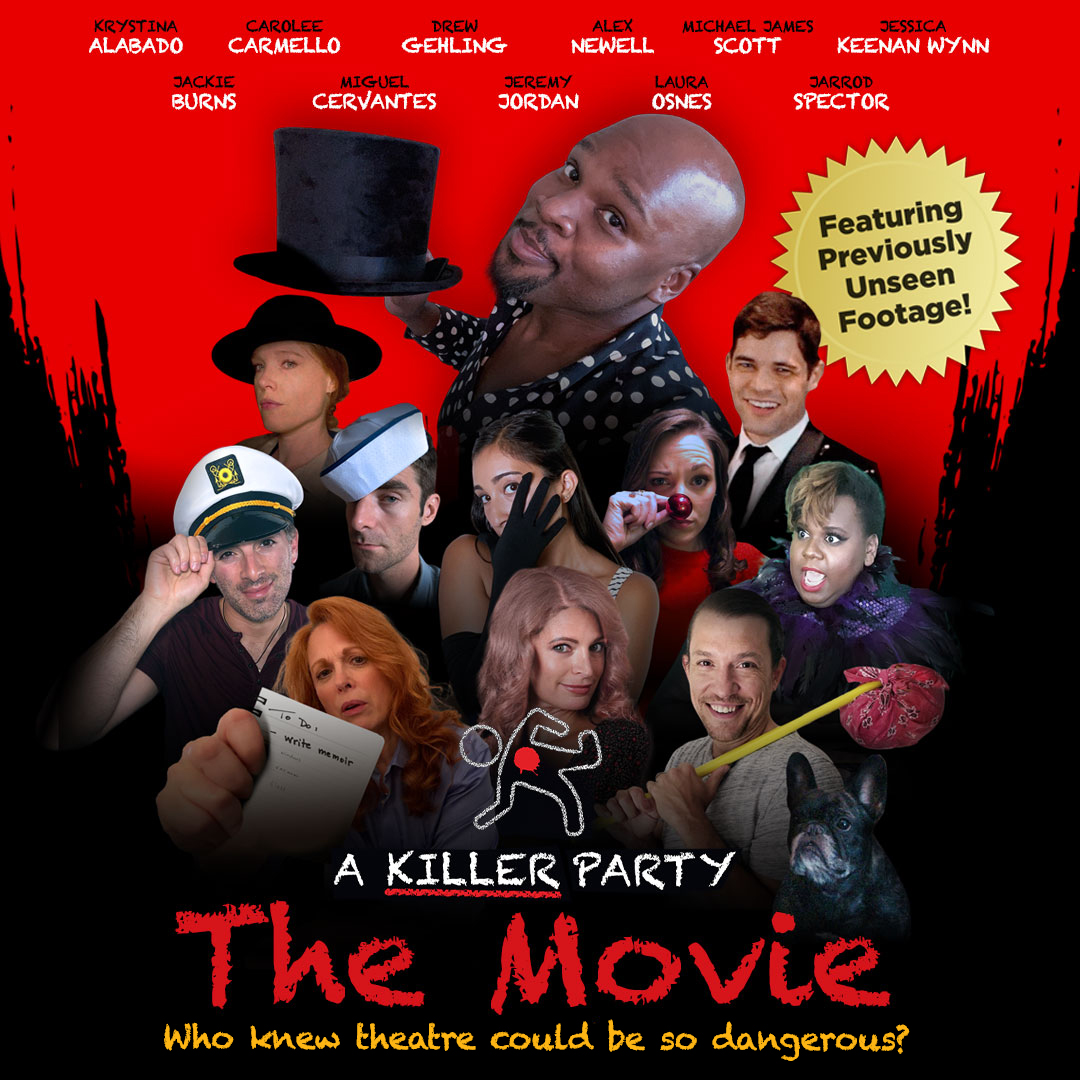 You are invited to A Killer Party – A Murder Mystery Musical – a brand-new musical starring Broadway theater favorites from Hamilton, Mean Girls, Wicked, Aladdin, The Book of Mormon, Waitress, Beautiful, Jersey Boys and more. Seen in more than 70 countries and with over 100K streams of the Original Cast Album, A Killer Party is the must-see-hit of the year!

The new movie version of A Killer Party is available now and includes additional bonus content not seen in the original series, including never-before-seen bloopers, and an entire additional scene plus a new song performed by Miguel Cervantes from Hamilton.

As a SLEUTH! For $16.99, you will receive:
• Instant access to A Killer Party in a new 90-minute movie format
• 15% discount off all A Killer Party merchandise
• “Mystery Bill” (Playbill) download
• A Killer Party Soundtrack download

Or as a GUEST! For $9.99, you will receive:
• Instant access to A Killer Party in a new 90-minute movie format
• 15% discount off all A Killer Party merchandise

The Clemens Center receives a percentage from each package purchased.

When Varthur McArthur, the artistic director of a failing theater in Duluth, invites his troupe of disgruntled actors and collaborators to the first read of an “immersive murder mystery dinner party,” no one knew that he would be the victim. Or did they? Enter eager, determined, and untested Detective Case. After sequestering the guests into separate rooms (because, you know, social-distancing), she gets down to finding out whodunnit, uncovering secret affairs, life-long grudges, backstage drama, and a lot of musical theater song and dance.